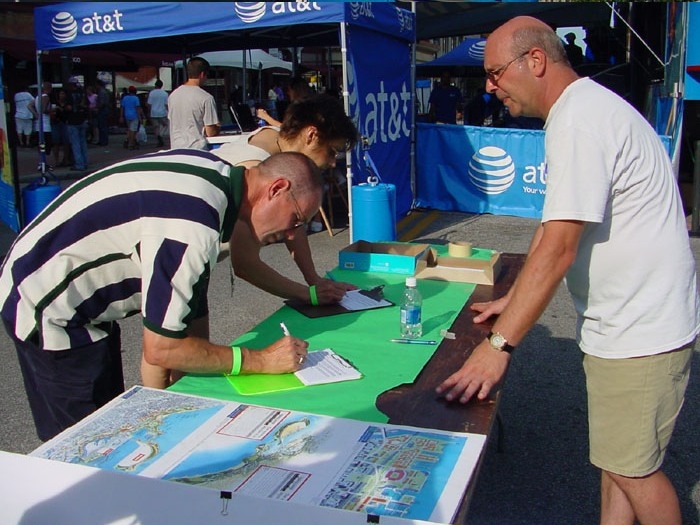 Anyone who cares that the place where the Cuyahoga River pours out into Lake Erie remains undeveloped – one of the few areas where a person can walk along the shore and touch the water – owes a debt to the late Ed Hauser. There’s no telling how many people he introduced to that scrap of land known as Whiskey Island, either by taking them on tours or by calling attention to the place during the many years he dedicated to preserving it. While the city of Cleveland duked it out with the county over control of the property, Hauser’s was the loudest and most substantive voice arguing for its preservation as a park. With the Cleveland-Cuyahoga County Port Authority coveting it for westward expansion, and the city fighting for control but making no promises about its future, Hauser fought against steep odds and eventually won. Whiskey Island, the peninsula bordered by the old river channel to the south, the Cuyahoga to the east and Lake Erie to the north, is now known as Wendy Park. Thanks to Hauser, it’s going to stay that way. That was one of several battles Hauser took up in his 10 years of activism following his layoff from an engineering job at LTV steel.

Ed Hauser, who fought to preserve Whiskey Island, is dead at 47

April McClellan-Copeland, Plain Dealer Reporter
Plain Dealer, The (Cleveland, OH) – November 16, 2008
For the past 10 years, Ed Hauser threw his entire life into saving the green corner of Whiskey Island, a peninsula with grassy fields and meadows on Lake Erie at the mouth of the Cuyahoga River.

As the head of Friends of Whiskey Island, Hauser collected signatures on petitions, attended too many public meetings to count and spent money from his retirement plan in a campaign to preserve the 20 acres as a park and block expansion plans by the Cleveland-Cuyahoga County Port Authority.

Known as “Citizen Hauser” and the “Mayor of Whiskey Island,” Hauser enjoyed seeing people use what became the county-owned Wendy Park in 2005, which has a marina, beach restaurant and sand volleyball courts and became home to several festivals.

“I was astounded at how many people were enjoying it on Labor Day,” said his sister, Sylvia Hauser, 51, of Streetsboro. “If it hadn’t been for my little brother . . .”

Cathy Stahurski, Ed Hauser’s girlfriend of 11 years, said she was with him when he became ill at 4 a.m. Friday morning. She said his back was hurting and he was sweaty, but he did not want to see a doctor.

She finally persuaded him to go to the hospital with his sister, but he died in the car.

Stahurski said Hauser was an engineer who was laid off from LTV Steel Co. 10 years ago. After that, he threw himself full time into being an activist.

Besides Whiskey Island, he also served as a citizen watchdog on port authority activities, championed a steel museum in Steelyard Commons and was vocal about Cleveland’s lakefront plans.

It wasn’t unusual to see him at a public meeting about the proposed Medical Mart.

“Ed Hauser made this world a better place, not always with his causes, but with his attitude towards people,” Stahurski said. “Even his enemies liked him.”

Elaine Marsh, co-founder of Friends of the Crooked River, said there will be activists who come after Hauser, but no one will be able to fill his shoes.

“I believe he was the quintessential environmental activist,” Marsh said. “He was persistent, he did unbelievable research and he used that research in very thoughtful ways.”

Hauser was the fourth of five children born to Walter and the late Theresia Hauser. He graduated from Maple Heights High School in 1979 and Cleveland State University in 1990.

He loved to kayak, and could often be found in Lake Erie off Whiskey Island. He moved from Cleveland’s West Side back into his childhood home in Maple Heights in May.

Michael D. Roberts, a free-lance writer in Orange, got to know Hauser last year as he worked on a story about the port authority. He called him “the most influential activist of the last decade in this town.”

Services for Hauser will be Monday at 7:30 p.m. at Vito-Nero Funeral Home, 6130 Turney Road, Garfield Heights.