The governor is taking steps to bring about the consolidation of municipal services, even whole municipalities, in order to cut budgets and eliminate redundant local bureaucracies. His blueprint, which relies on legal changes and financial incentives, calls for a “metropolitan model” of government that would combine resources across cities and their suburbs.

In doing so, Mr. Snyder, a Republican, is taking aim at that twig of American government so cherished by many citizens—the town hall. The long national tradition of hyperlocal government prevails in much of the Northeast and Midwest, with their crazy quilts of cities, towns, villages and townships.

“You do have to ask: ‘Boy, do we really need 1,800 units of government?'” says Mr. Snyder’s budget director, John Nixon. “Everybody likes their independence, and that’s nice to have. But if you’re not careful, it can cost you a lot more money.”

Around the country public officials are asking themselves similar questions. Plunging property-tax receipts and rising pension and health-care costs have pushed many municipalities to the brink of financial collapse. The idea is that local governments can operate with fewer workers and smaller budgets if they do things like combine fire departments, create regional waste authorities and fold towns and cities into counties.

But selling the notion in small communities like Onekama is no easy job. Public officials have floated a proposal to merge this village of 1,500 along Lake Michigan into the township that encircles it. Some residents worry that a leaner government risks becoming a less responsive one.

Snow plowing already has emerged as a potential sticking point. If the merger passes a vote later this year, Manistee County would take over snow removal, and Onekama’s quiet streets would be among the last sections cleared.

Bonnie Miller, a village resident for 43 years who emerged as an early opponent of the merger, doesn’t want anyone to mess with the current plowing schedule. “At five in the morning, you can hear the plow truck is already out,” she says.

Over the years, consolidation proposals haven’t fared well with voters. Of the 105 referendums on city-county mergers since 1902, only 27 have passed, the most recent in 2000, when Louisville, Ky., merged into Jefferson County, according to David Rusk, a Democratic ex-mayor of Albuquerque and a proponent of consolidation. Last year, voters vetoed a merger of Memphis, Tenn., with Shelby County. In March, Memphis voters approved a merger of the city and county school systems, over strong suburban opposition. The county board of education has sued to block the merger.

Proponents of consolidation come from both ends of the political spectrum. Some conservatives argue that having fewer layers and divisions of government is cost-efficient and improves the economic climate by streamlining regulation and taxation. Some liberals support eliminating local-government boundaries that they say have cemented economic and racial disparities between cities and surrounding towns.

Researchers, however, have raised questions about whether such consolidation actually delivers significant savings. Typically, they say, only a few administrative positions overlap between jurisdictions, and further savings can’t be realized without compromising service. Public-safety agencies, for example, need a certain staff level to ensure the response times that residents demand.

A 2004 study by Indiana University’s Center for Urban Policy and the Environment found that costs creep back in, partly because bigger pools of employees can negotiate for better wages, offsetting the savings of job cuts. Academic studies of Jacksonville, Fla.’s combination with Duval County, and Miami’s merger with Dade County found that costs actually rose post-merger as new bureaucracies emerged.

In a study of Wheeling, W.Va.’s proposed merger with surrounding Ohio County, Mr. Rusk, the ex-mayor of Albuquerque, estimated that the potential cost savings would be barely 2% of the combined budget, because the overlap of services wouldn’t be as extensive as expected.

Mr. Rusk says the benefits of consolidation don’t necessarily come from cost savings. Fragmentation retards economic growth, he says, “not so much because of waste and duplication of services as an inability to unify a region’s resources” in everything from business development to road repair.

Various state legislatures are moving to spur consolidation. New Jersey, which has 566 municipalities, recently made it easier for communities to pursue mergers, and several are contemplating it. In New York state, which has more than 1,547 overlapping local governments—a system Democratic Gov. Andrew Cuomo once called “a ramshackle mess”—the Senate passed a bill in 2009 that gave voters the power to consolidate local municipalities and services. In Indiana, which has 1,008 townships, a legislative panel this year unanimously backed offering financial incentives to local governments that seek efficiencies through consolidation.

While the governor can’t force consolidations, he is trying to coax financially troubled municipalities to pursue them. He is withholding about $200 million of funds for cities in need, making that aid contingent on evidence of consolidation of services such as fire departments and trash collections. His budget sets aside $5 million in transition aid for communities seeking mergers.

Similar incentives are being offered to school districts to share services such as busing, or to merge altogether. In addition, the governor has proposed a new policy that would in effect blur the existing school-district boundary lines.

“It is an evolutionary process, starting with service consolidation.” Gov. Snyder said in an interview.

The Detroit suburb of Hazel Park, in Oakland County, is considering merging its fire department with neighboring Ferndale’s. North of Hazel Park, the suburb of Pleasant Ridge is discussing sharing police and fire services with two of its neighbors.

“The economic reality has come home to roost,” said L. Brooks Patterson, county executive of Oakland County. “They are going to have to consolidate or find themselves in the cold grip of an emergency financial manager.” 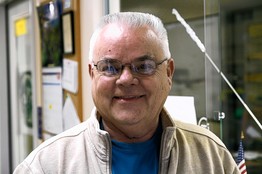 Gov. Snyder plans to introduce legislation to ease city-county mergers and allow for the creation of metropolitan zones to coordinate services and economic-development efforts. His hope is for affluent suburbs to share resources with fiscally strapped cities. Such an effort is already under way for Grand Rapids and Kent County.

Today’s fragmented governments grew out of voter demands for home rule and tighter control over local resources such as emergency services and schools. Voters tend to protect those resources, even if it means paying more for them. “Local voters almost never approve voluntary mergers,” says Mr. Rusk.

Earlier this year, half a dozen struggling communities in Oakland County held votes on property-tax increases to avoid consolidation of services with neighboring towns or the county. All but one of the increases passed comfortably.

In Hazel Park, one of the county’s poorest communities, residents voted overwhelmingly for a five-year tax increase to avert deep cuts to the police and fire departments, whose costs, including retiree benefits, account for 64% of the city’s $13.7 million budget.

Larry Wallace, a 46-year-old father of six, stood up at a public meeting to endorse the higher tax. He said he moved to Hazel Park two decades ago after he was robbed in his house in Detroit and a gun was held to his five-year-old daughter’s head. He said he had waited eight hours for Detroit police, but they never showed. “I will pay whatever to live somewhere safe for me and my family,” he said.

In Onekama, two governments—the village’s and the township’s—operate out of single-story buildings half a block apart on Main Street. Each employs a clerk and a treasurer. Each has an elected board of trustees. The village has a president to run its affairs; the township, a supervisor.

Many residents like it that way. Township residents pay lower taxes in return for a mostly hands-off administration that controls public access to Portage Lake. Village residents pay higher taxes for services that include maintaining a park on the lake and the early-morning snow plowing.

Several years ago, the two governments came together over a shared interest: the health of the lake. Concerns about aging septic systems in lake-side cottages spurred the passage of a new septic ordinance for both areas. 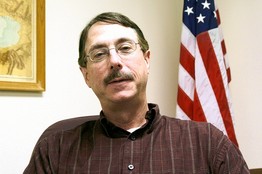 Next came a joint master plan, and late last year, Village President Bob Blackmore, a retired auto executive, and Township Supervisor David Meister, a farmer and muscle-car enthusiast, began discussing an outright merger. Their goal was to avoid duplication of services and to jointly seek resources.

Under the proposal they are considering, the village government would be dissolved and the township would take over. Village residents would see their tax bills shrink, and township residents would see them stay the same. A couple of part-time administrative jobs would be eliminated. State funds to facilitate the transition could sweeten the deal.

But some village residents worry the plan will somehow change the character of their community, that a township government will not value what the village does.

Ms. Miller, who runs a summer fruit stand in the village, initially called the proposed merger a “hostile takeover” by the township.

Some township residents also are wary. Jim Trout, a retiree from Grand Rapids who recently moved from the village to the township, says he fears a merger with the village, whose voters he says are more politically active, will bring more demands, and costs, for municipal services.

“If they demand amenities, they can go down and live in urbanland,” said Mr. Trout. “I chose to live here.”

Public meetings that began in February raised a host of questions, recalls Mr. Meister, the township supervisor: “What’s going to happen to their streets? Is the park system going to change? Will we have a new form of government? Who is going to lose their jobs?”

Mr. Meister is trying to work out a way for villagers to pay more to retain services such as early plowing.

Another public meeting is slated for Wednesday to include summer residents. Officials plan to address concerns raised at earlier meetings and to outline what the new government would look like. Residents will vote later this year.

“It will happen either now or later,” says Mr. Blackmore, the village president. “It is going to happen.”

Ms. Miller, who says she’s beginning to soften her opposition, doubts the merger would be the end of the consolidation process. She sees Onekama ultimately being swallowed up by the county. “You can’t stand in the way of progress forever,” she says. “But sometimes you do like to see the little Norman Rockwell image of a quaint village.”

Write to Kate Linebaugh at kate.linebaugh@wsj.com