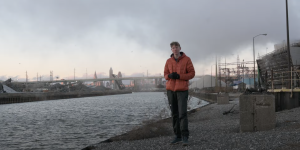 The Shame of the Buckeye State: Journalistic Complacency on Episodic Lynching in Ohio from 1872 to 1932
by Rounkles M Claire, 2020, Master of Science (MS), Ohio University,
Journalism (Communication)
The link is here

The lynching era in Ohio lasted from 1803 to 1937. During these years thirty-five people died at the hands of a lynch mob and seventy-nine escaped from a mob’s clutches. This thesis situates the history of lynching in Ohio from 1872 to 1932 and discusses the issue of complacent journalism in the Ohio press through a study of twenty-four cases of white-on-white lynching and racial terror lynching. This thesis shows that lynching was employed as a means to enact fear to keep Black Ohioans in a marginalized position and prevent them from prospering economically or politically. The author also argues that journalists were not objective bystanders but were key to the social voice and national conversation that accepted the practice of lynching in America. By utilizing the concept of critical race theory, the author shows that the racist ideal of Whiteness was able to become hidden by seemingly objective reporting, thus allowing the mainstream press to accept the practice of lynching without the guilt of unlawful “justice.” There is also a paucity of research on Harry C. Smith, a Black journalist who pushed for the first anti-lynching law in Ohio. As such, this research aims to make a significant impact not only on the literature involving northern lynchings but also in the history of Ohio and the need to understand its dark past. In 2020 this historical research hold saliency regarding the racial violence which continues today in America.

The Ku Klux Klan in Northeast Ohio: The Crusade of White Supremacy in the 1920s by Steve Anthony Viglio, 2021, Master of Arts in History, Youngstown State University, Department of Humanities.
The link is here

The impact of the Ku Klux Klan in the twentieth century has been documented by many historians and scholars, from a national perspective. Local case studies are not quite as common. This thesis looks at two of the most important and popular chapters of the Ohio Ku Klux Klan, Akron and Youngstown. For Akron, I relied on thorough research of the Akron Beacon Journal newspaper archive. For Youngstown, I began research previously conducted by former Youngstown State University faculty Dr. William Jenkins’ Steel Valley Klan and branched from there. I used The Vindicator newspaper as a reliable source for Youngstown Klan history. Specifically, the Akron chapter of the KKK previously has not been researched besides a Master’s thesis several decades ago. Newspaper coverage was abundant in Akron and provided a clear, unbiased blueprint in order to perform the case study. Results of the case studies in Akron and Youngstown show mixed results in terms of the Klan’s effectiveness. In Akron, the Klan was able to infiltrate the Akron public school system for a period. Their ultimate goal of barring Catholic teachers, however, was not achieved. Their popularity peaked by 1925 which was a bit longer than the Youngstown Klan. In Youngstown, they showed moderate success in enforcing bootlegging laws but the 1924 Niles riots signaled the peak for the Klan. Ultimately, from a national viewpoint, the fates of both chapters were very similar. By the end of the 1920s, national Klan popularity had diminished in a similar fashion in Akron and Youngstown respectively.