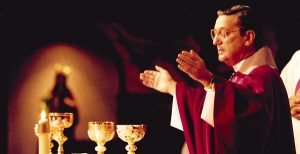 Anthony Pilla, Bishop of Cleveland Catholic Diocese for 26 Years, Dies at 88
by Sam Allard, Cleveland Scene 9/22/2021
The link is here 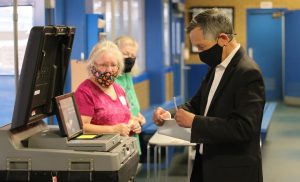 After a half-century of political surprises, Dennis Kucinich’s political career comes to an end
by Brent Larkin

click here to read more
https://www.cleveland.com/opinion/2021/09/after-a-half-century-of-political-surprises-dennis-kucinichs-political-career-comes-to-an-end-brent-larkin.html
A short documentary on the Cleveland Clinic X-ray fire disaster of 1929, which killed 129 people.
The link is here
h/t Fascinating Horror and Cleveland Scene
The Guardians of Traffic are eight large figures sculpted on four Berea sandstone pylons on the Hope Memorial Bridge.
From the WRHS

by John Grabowski, PhD | WRHS Krieger Mueller Historian
from Cleveland History Center
In March 1924, a group of Yale alumni arrived in Cleveland to put on a musical show at the University Club.  They had been invited by two local alums, Elton Hoyt and Leonard Hanna, Jr. who had attended their performance in New York City and convinced the ensemble to reprise it in Cleveland.
The composer of the music was Cole Porter, a member of the Yale Class of 1913 and a close friend of Leonard Hanna, Jr. also a member of that class. The recording is here:

The 1990s in Cleveland and Northeast Ohio were molded by 3-term Mayor Michael R. White (1990-2002). Changes to the Cleveland Public Schools, Gateway stadium (and stadiums in general), the Browns, the airport, and many other decisions were made that are impacting the region to this day. Hear from the journalists who covered Mayor White as they look back 20 years later. This photograph of a painting shows the second inauguration of Abraham Lincoln as he takes the oath of office as the 16th president of the United States in front of the U.S. Capitol in Washington March 4, 1865. The oath is administered by Chief Justice Salmon P. Chase, a former Ohio governor who had been elected governor in 1855 and re-elected in 1857 with the help of Black votes, thanks to Ohio Supreme Court rulings dating to the 1820s that anyone of mixed race with a preponderance of white blood could vote. It was a standard routinely applied generously in Ohio, simply with a statement that someone was mostly white. (AP Photo)ASSOCIATED PRESS

Cleveland in the 1960s by Mike Roberts

Rockefeller in Cleveland by George Condon*

Confession of a Reformer by Frederick Howe (Tom Johnson chapter)**

Survival – Man and Boy. A story about Lorrenzo Carter from “The Cuyahoga” by William Donohue Ellis*

Making of a Mayor – The Election of Carl Stokes***

***from the Plain Dealer

*****from the Ohio Historical Society Mark Hanna: The Clevelander Who Made a President By Joe Frolik

The Heart of Amasa Stone By John Vacha

Maurice Maschke: The Gentleman Boss of Cleveland by Brent Larkin

One Man Can Make a Difference by Roldo Bartimole

The Election That Changed Cleveland Forever by Michael D. Roberts

The Scourge of Corrupt and Inefficient Politicians: The Citizens League of Greater Cleveland By Marian Morton

The Man Who Saved Cleveland By Michael D. Roberts and Margaret Gulley

cover image by Moses Pearl. Use thanks to Stuart Allen Pearl. http://www.artistsarchives.org/archived_artist/moses-pearl/